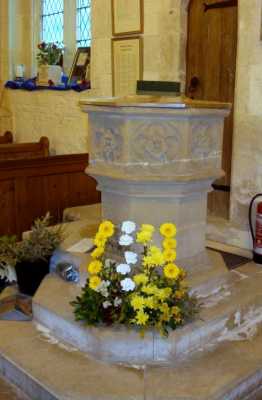 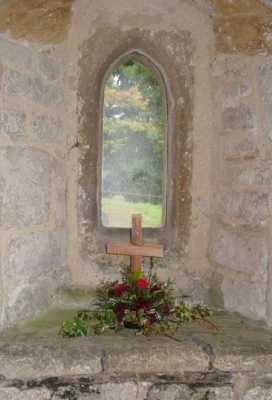 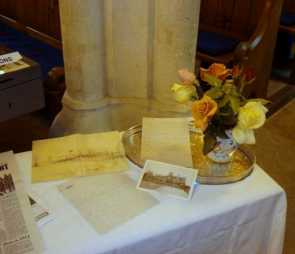 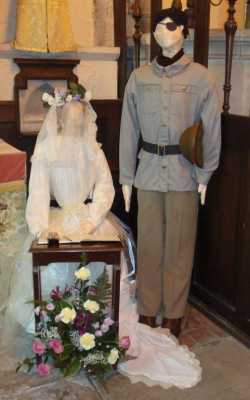 Craven Chapel – display showing a village wedding in Longcot from 1918 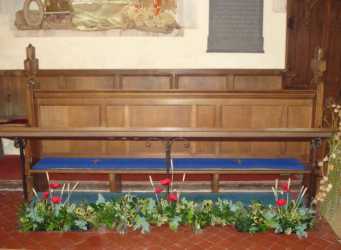 Choir Stalls – Lines of poppies point towards the high altar. 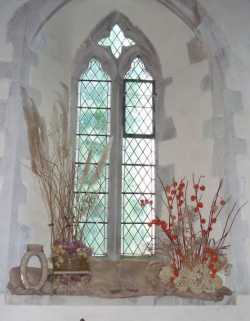 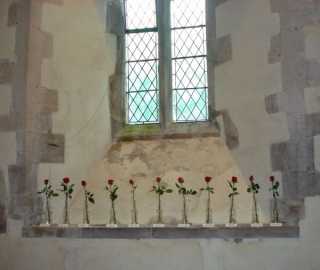 Chancel windows. North side – floral display representing “Conflict”. South side – 40 roses to commemorate each of the men from the village who fought in the Great War 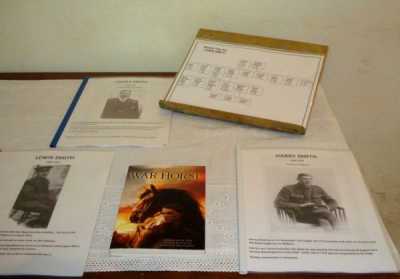 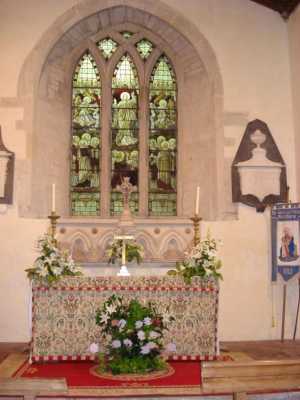 Sanctuary – floral arrangement “We will remember them” with prayers written by the Ashbury School children. Around and behind the altar are arrangements of white lillies symbolising “Peace” 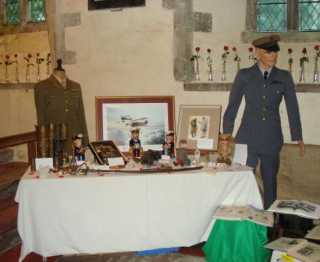 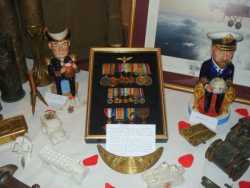 Display of WW1 uniforms, medals and other memorabilia 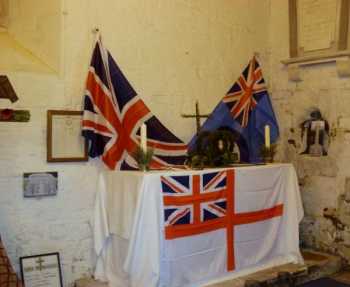 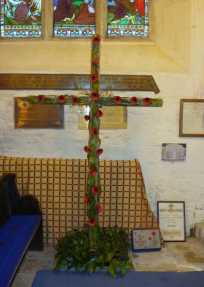 Lady Chapple – above and below – Images of “Sacrifice” 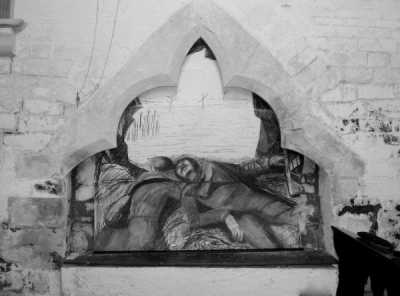 Chalk and charcoal representation of the moments “After the Battle” 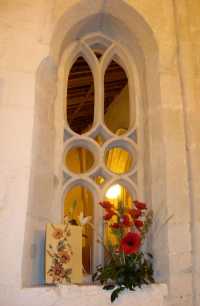 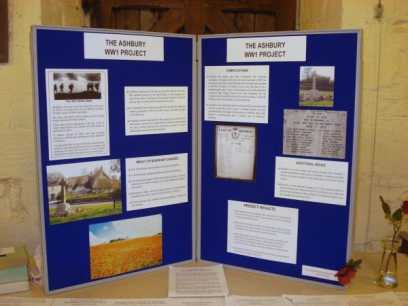 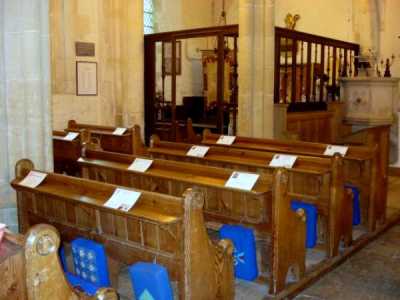 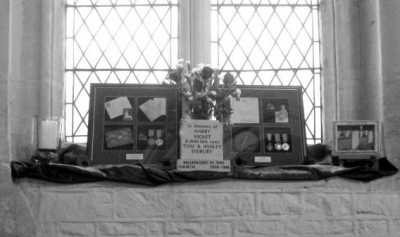 Back to World War 1