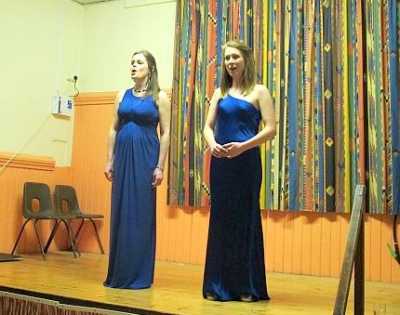 On Friday 12th April about 60 people were welcomed at the Village Hall with wine and canapés before sitting down to enjoy an evening’s entertainment with “Angelico”. Grace and Louise, accompanied by Alison Porter, sang a large range of songs including items by Mozart, Rodgers and Hammerstein, Bizet and Ivor Novello finishing with two of their own arrangements of I Feel Pretty and You’ll Never Walk Alone. Thanks go to the ladies who made the canapés and the gents who manned the bar. Just over £200 was raised towards the hall improvement and maintenance fund.   M Simons & G Clarke

16 people took part in the Easter Creative Clay Workshop. Our tutor Ali Roper was extremely encouraging and many people produced more than one item. It was another very enjoyable morning. 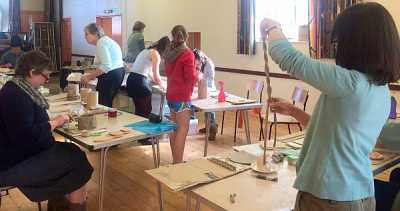 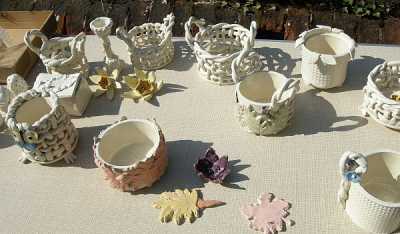 The annual village hall quiz night was held on Saturday March the 8th. 60 villagers attended to pit their wits against each other forming 7 teams. The questions were cunningly devised by Roger and Jackie Baker who introduced some mathematics to the usual question genre. Diane Lovegrove organised the raffle and Judy Clarke and Maggie Simons prepared a delicious supper. All agreed it was again a fun night and £450 was raised towards the hall improvement and maintenance fund.         Graham Clarke

Ten people took part in the Introduction to Sculpture workshop. Some wonderful creations emerged under the tutoring of Dionne Freeman. A very enjoyable morning was had by all. Margaret Smith. (Photos courtesy of Margaret Smith)

Wonderful creativity was in the air in the Village Hall in November when fifteen men, women and children gathered together to make some wonderful clay pieces – with the children making some of the best. Everyone enjoyed the morning and the results were amazing. The items were then all taken to be fired and will be returned glazed and ready for using at Christmas either as a vase, ornament, plant or candle holder. The event is supported by the Vale of the White Horse who fund part of the costs for the tutor. This is one of a series of craft workshops with the next one being a wire and willow workshop after Christmas.    By: Maggie Simons 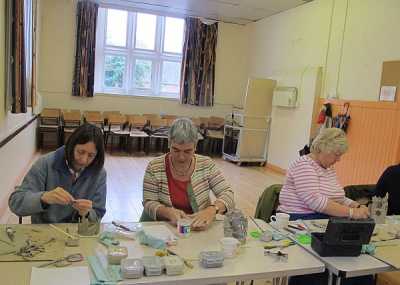 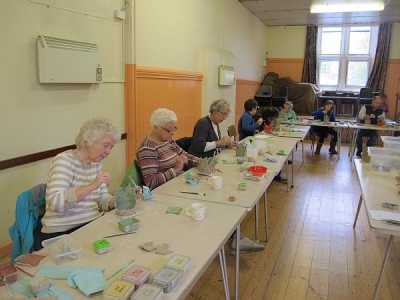 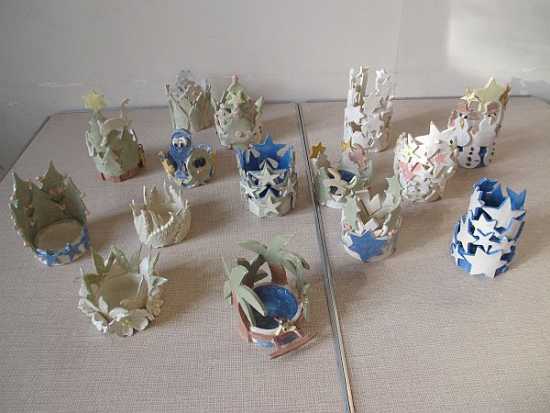