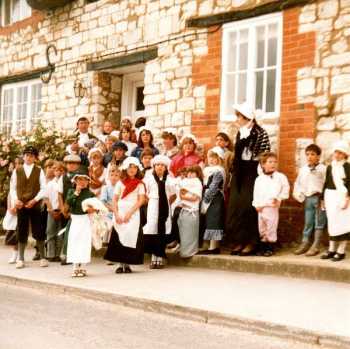 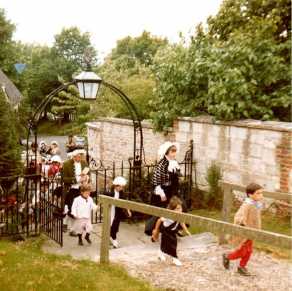 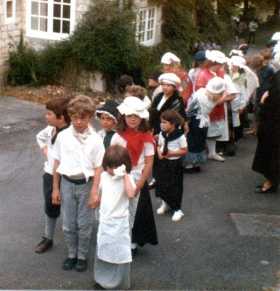 Lining up in front of the Church (includes Philip Whiteman, Nathan & Katy Reade and Amy Leon) 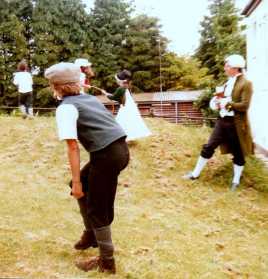 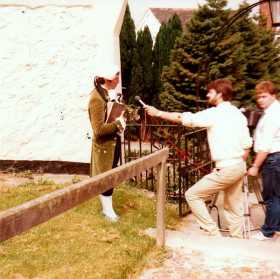 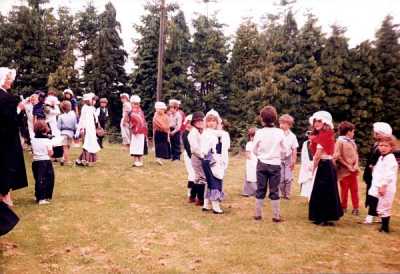 Children outside the Church at playtime enjoying games typical of the 18C. Elizabeth Boyd can be seen on the left of the photo above and Clare New is in the photo below 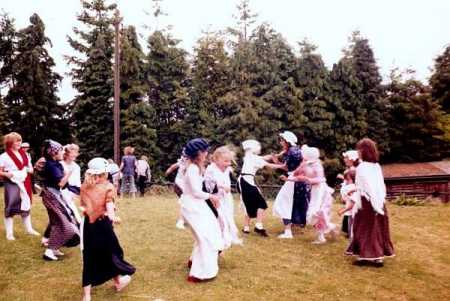 1988 – School Children Raised Funds for the “Send A Cow” Charity 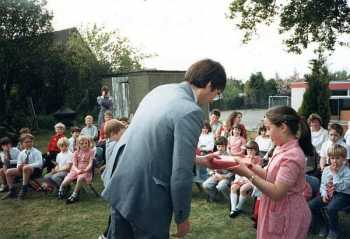 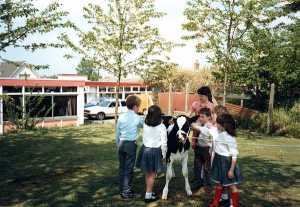 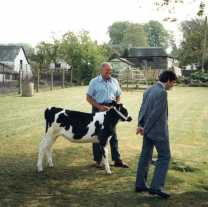 School children (left) and David Howlett plus Gordon Reade (right) with the calf destined for Africa). The photo on the left includes Shona Reade, Andrew New and Toeni Longford. 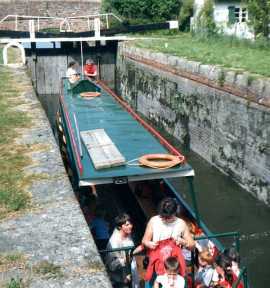 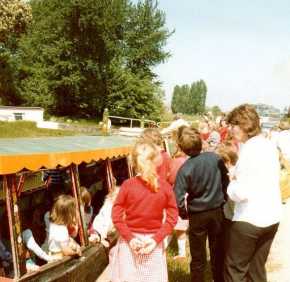 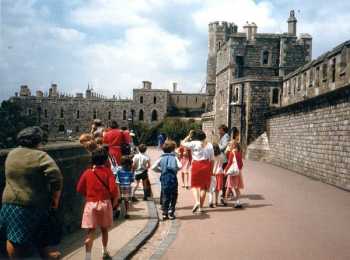 Tree Planting at the Top of Ashbury School Field 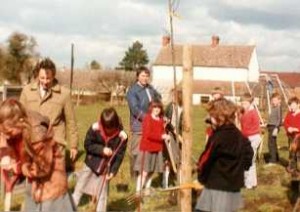 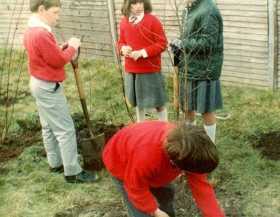 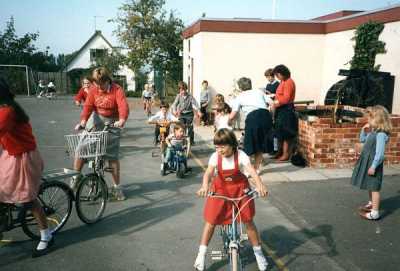 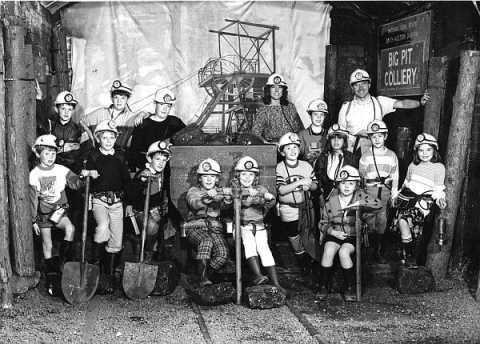 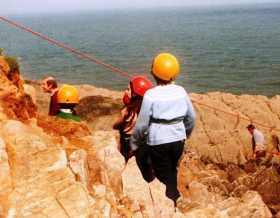 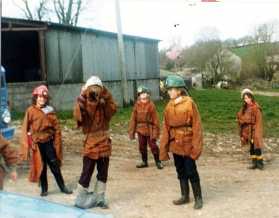 School Fete with an Ascot Theme 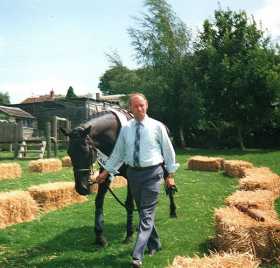 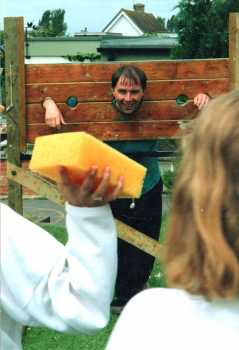